Cade Atkinson is an 11-year old from Gothenburg Nebraska who absolutely loves the outdoors. He loves to hunt, fish, garden, farm and spend time with his animals. Cade was diagnosed with Duchenne muscular dystrophy nearly three years ago, and recently has become 100% wheelchair bound. This has made it more difficult for him to get outdoors and enjoy all the things he loves to do. After seeing a posting on Heartland DSC Chapter’s Facebook page unveiling the Action Track chair at the Summer Event, Cade’s Aunt Amber reached out to Heartland DSC and wanted to introduce us to Cade. So one quite Friday afternoon Cade came wheeling into Melissa Brown’s office (Director at Large) and introduced himself. He was shy at first, but after going through a few pictures and then seeing the Action Track Chair, his eyes lit up. His youthful mind went to work. Cade told us of some of his dream hunts, “A goose, caribou, antelope, elk, moose, wild hog and any safari animal”. After hearing of Cade’s dream, Chapter President, Corey Goss picked up the phone and contacted Northern Extreme Adventures in New Mexico who donated the hunt for Cade and his family. The group took Cade out on a few different occasions to finish his hunter’s education class with Chuck Kopocis, they did a little fishing and lot of shooting, so he was comfortable operating the chair and shooting from it and allowed him to play around and be a boy. It took him very little time to master operating the chair and regaining his freedom once again. 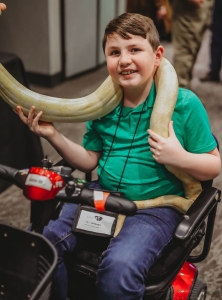 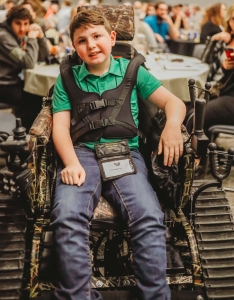 The family made their road trip from Nebraska down to Costilla New Mexico and Cade quickly made some life-long friends, he ventured around some beautiful country and in short time, he harvested a very nice 6×6 bull elk with one perfect shot. It was a hunt that Cade will not soon forget. But Goss couldn’t stand the thought of Cade going home and not having the same freedom at his own farm as he did in New Mexico or missing out on any future hunts he may have the opportunity to do with his papa, dad or brother Cole. So the board quickly went into action to try to figure out how to raise enough funds to buy Cade a chair of his own. It had taken two years to raise the initial funds for the first Action Track, but for Cade’s chair it only took four short months, thanks to the generosity of Silent Ability, K.C. Heating and Air, the Gibson Family and DSC Texas Chapters: Lubbock, South Texas, the Texas Panhandle and DSC New Mexico Chapters. At the 3rd Annual Banquet and Auction, Heartland DSC presented Cade his very own Action Track Chair to take home. His smile and reaction say it all.

When Cade got home to the farm, he couldn’t hardly wait for the chair to be unloaded. As soon as it was he went and did his chicken chores, checked the mail and watered the cows across the road. A few short days later, Mother Nature blessed him with a little bit of snow to go play outside in, something he hadn’t been able to do for some time. As we receive frequent pictures and videos of Cade’s adventures, the greatest gift we receive is the smile he has on his face and the freedom and independence he gained by this chair. Thank you to all for supporting Heartland DSC, for supporting youth and getting them outdoors. We hope you enjoy the following articles written on Cade, the videos we have, and the photos that capture the heartfelt moment (thank you to Heart of Hoye Photography for the beautiful pictures and tribute). 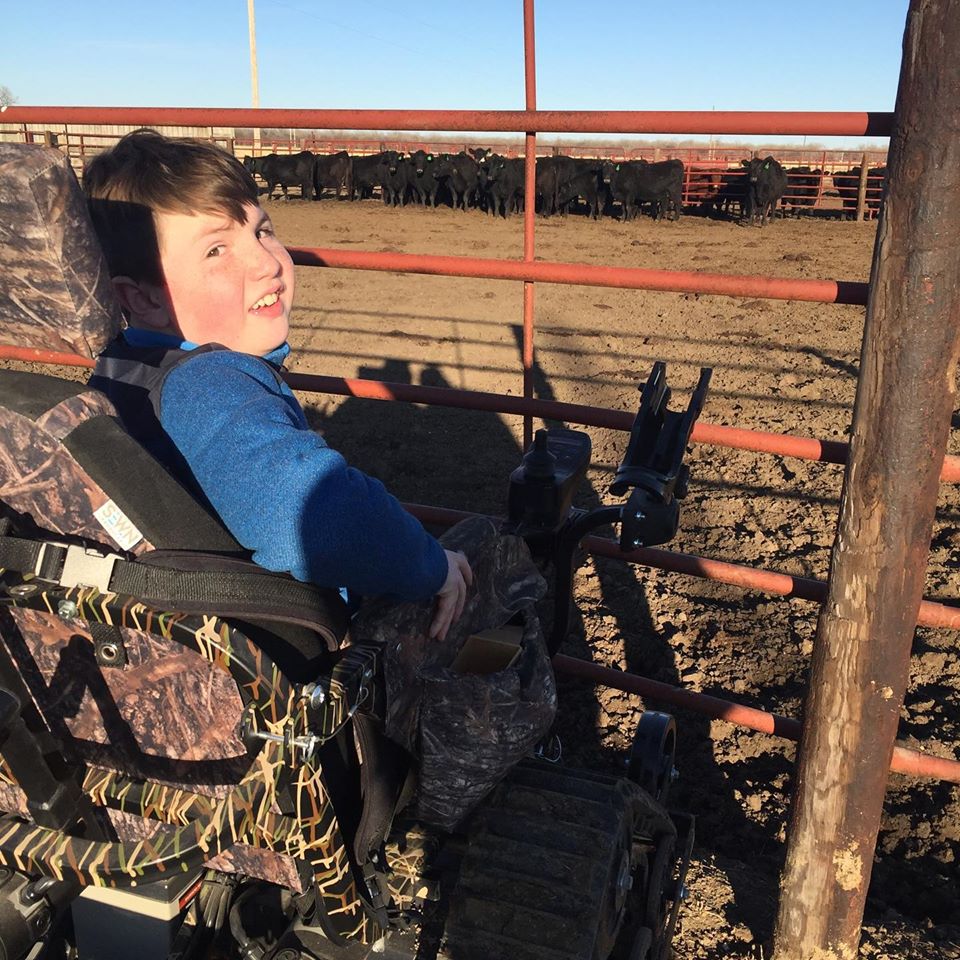 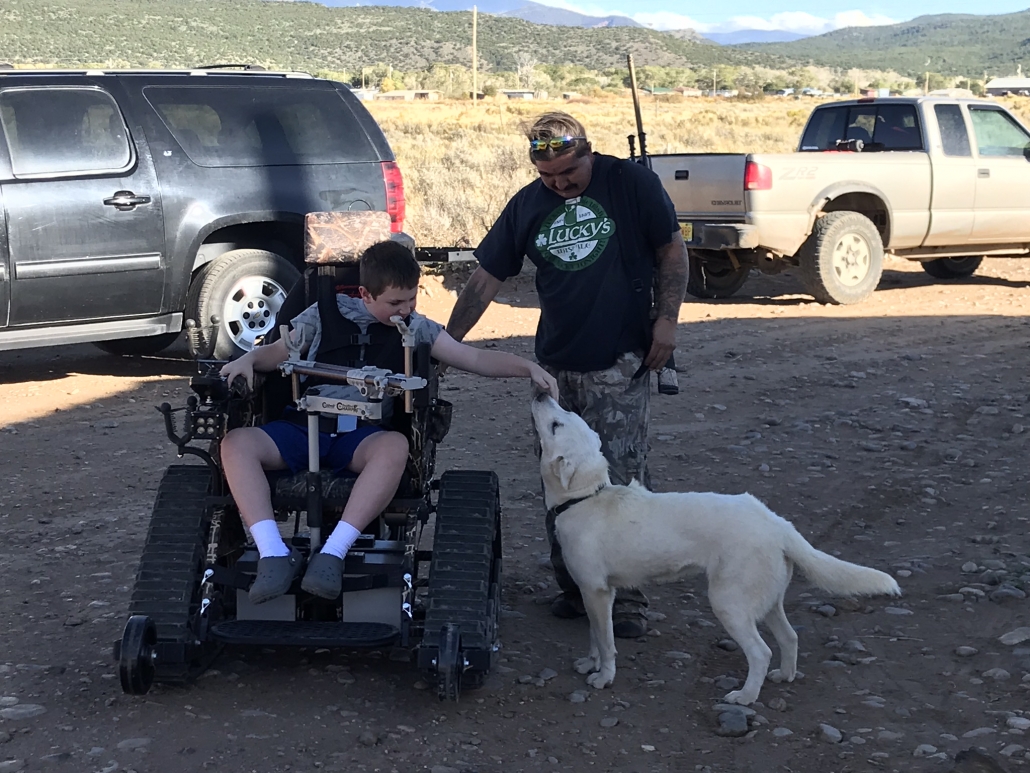 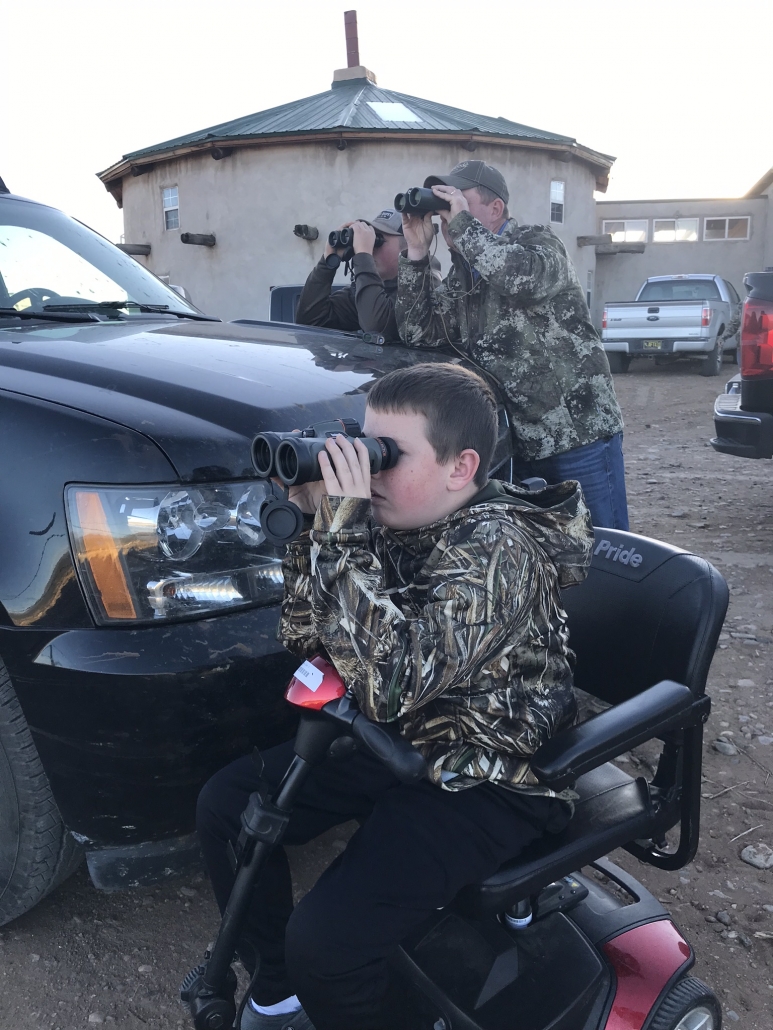 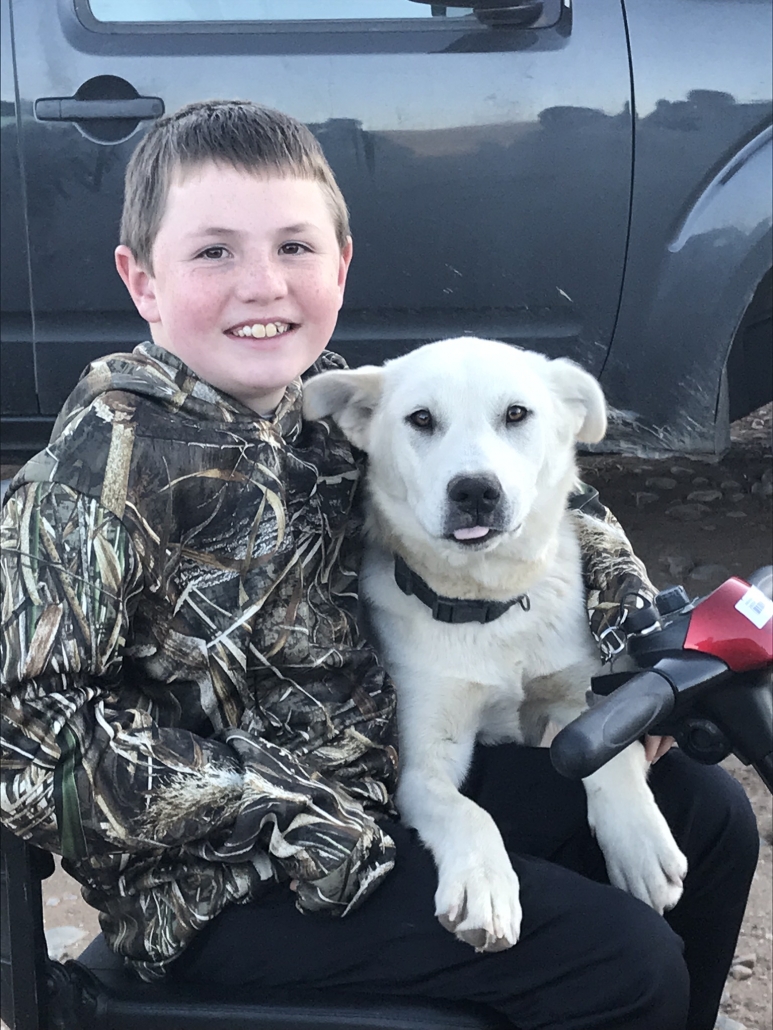 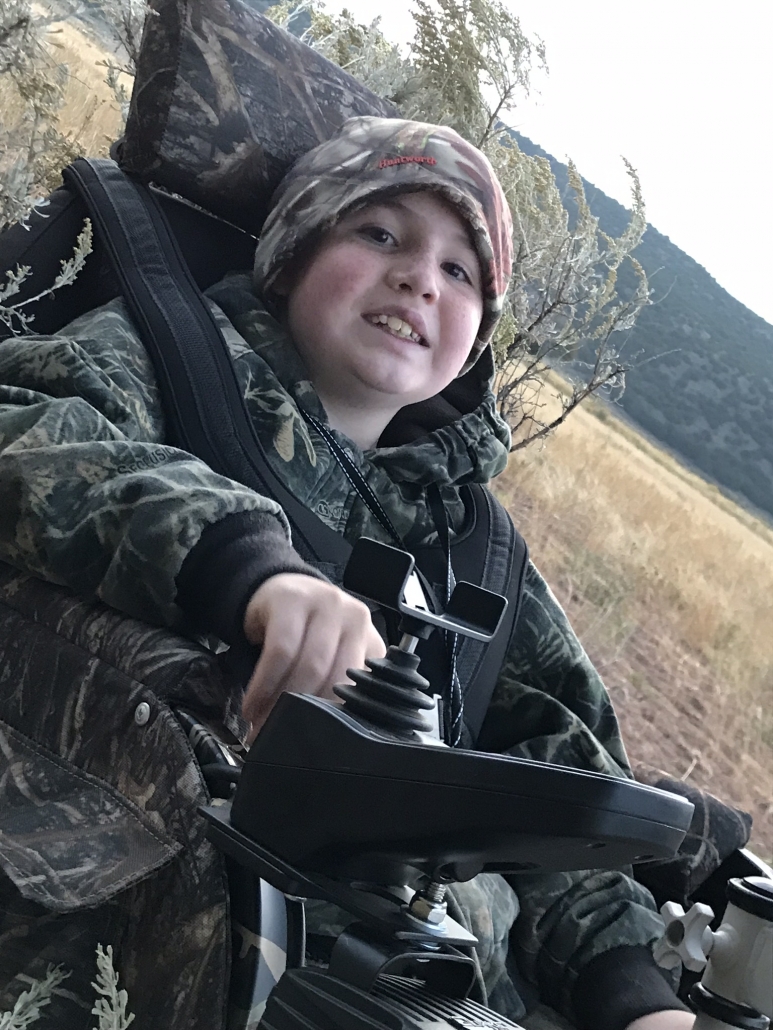 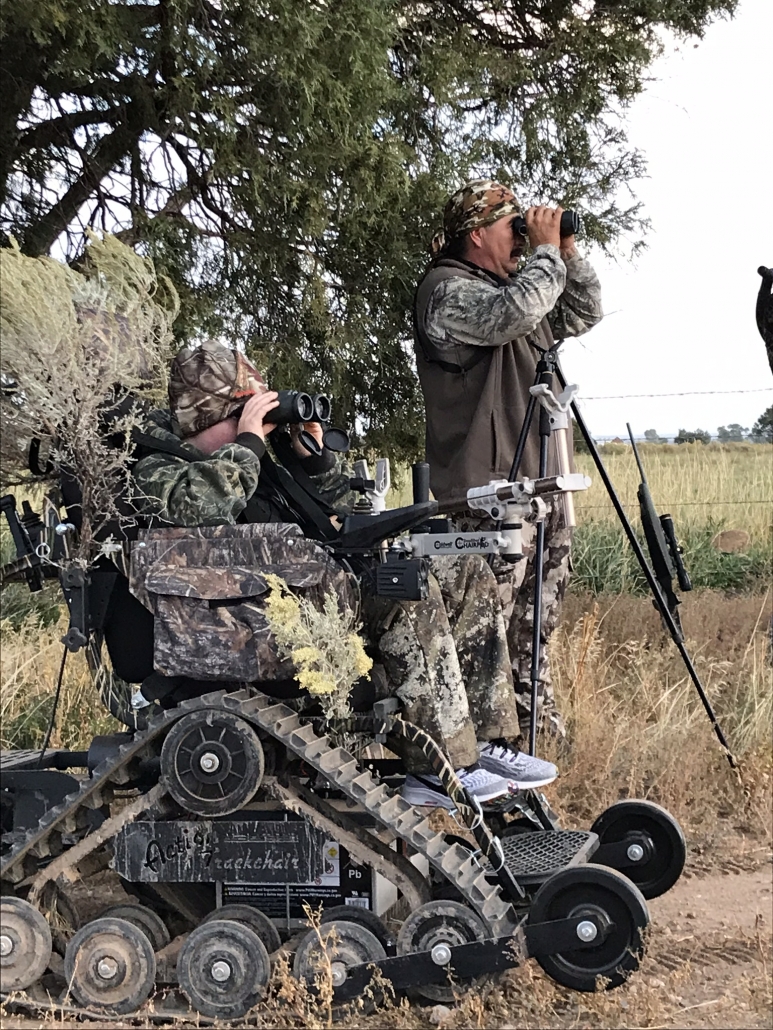 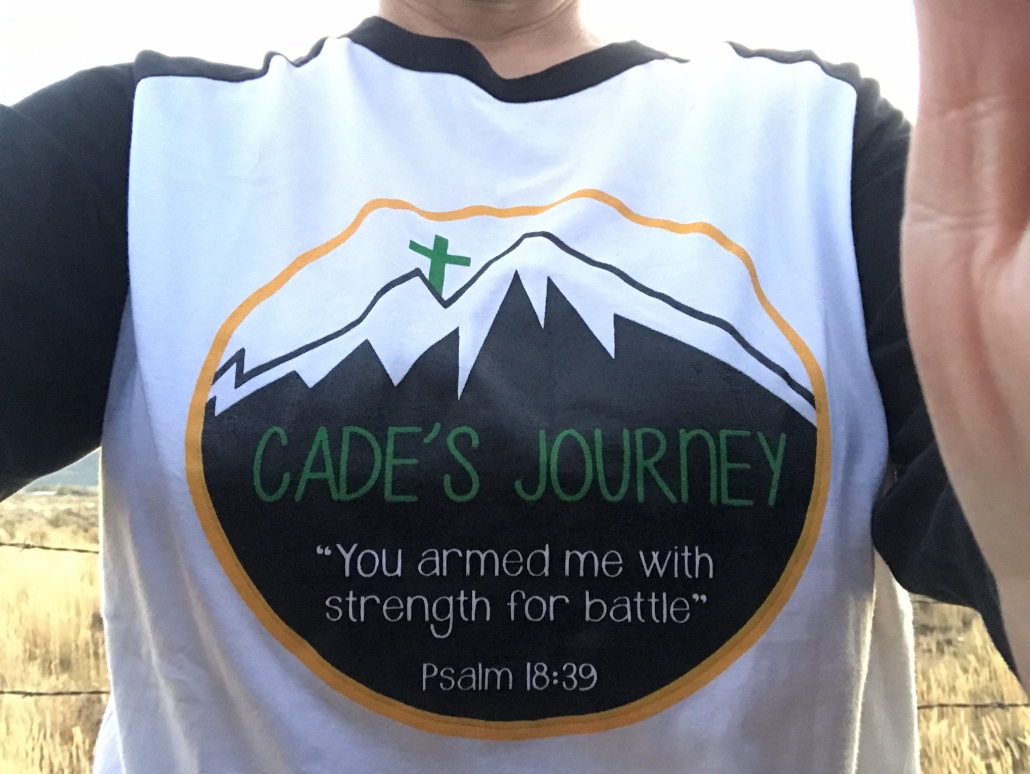 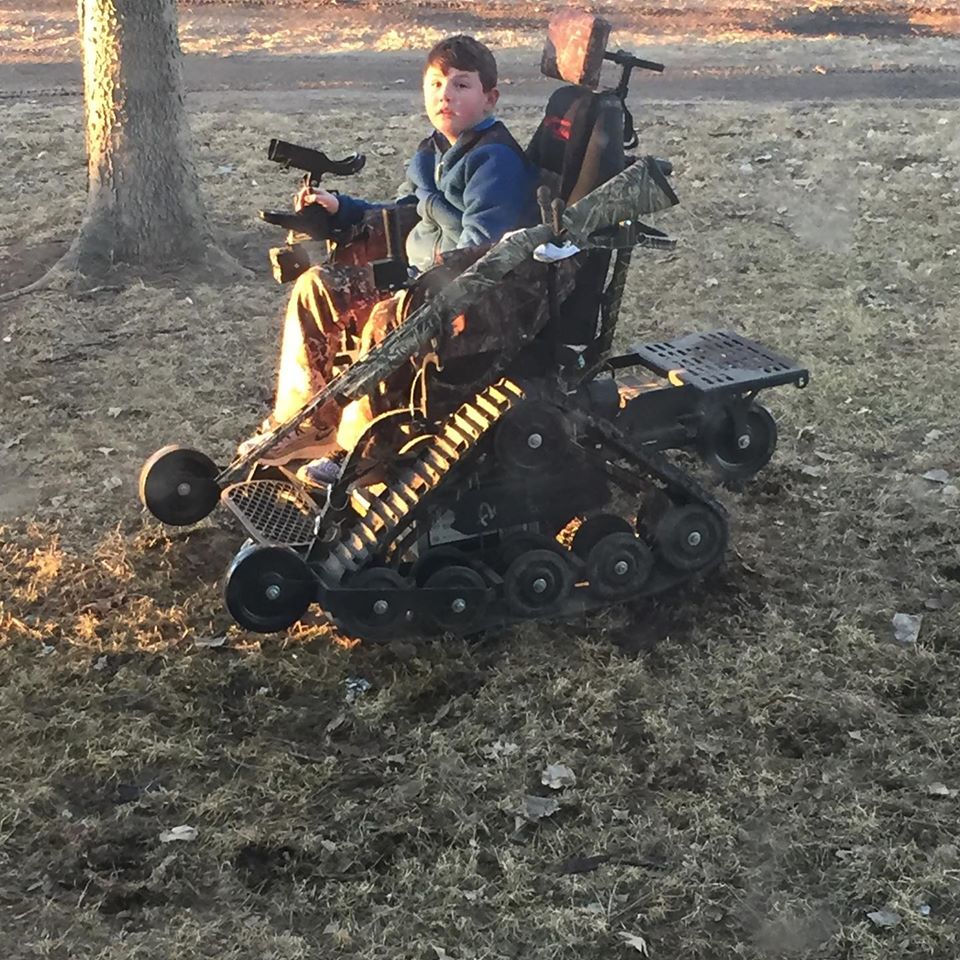 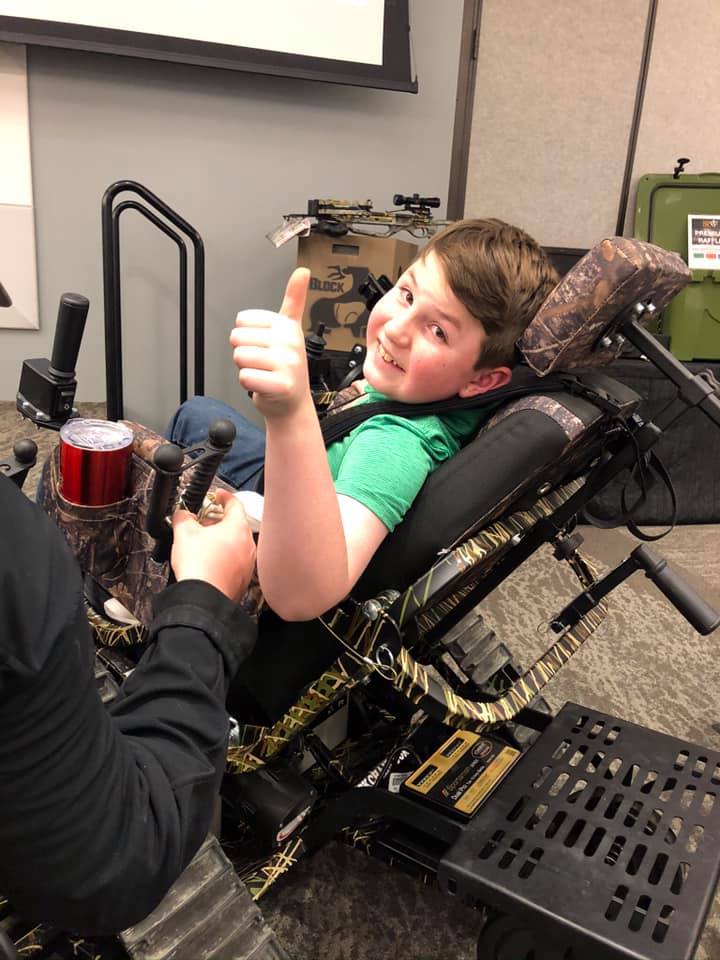 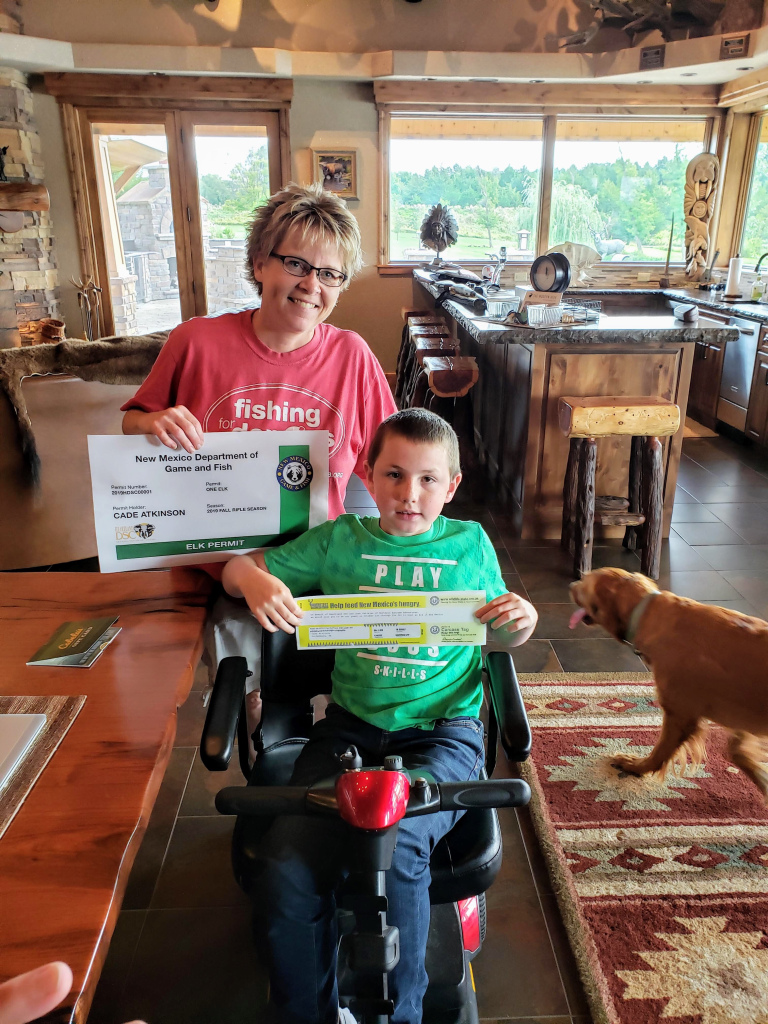 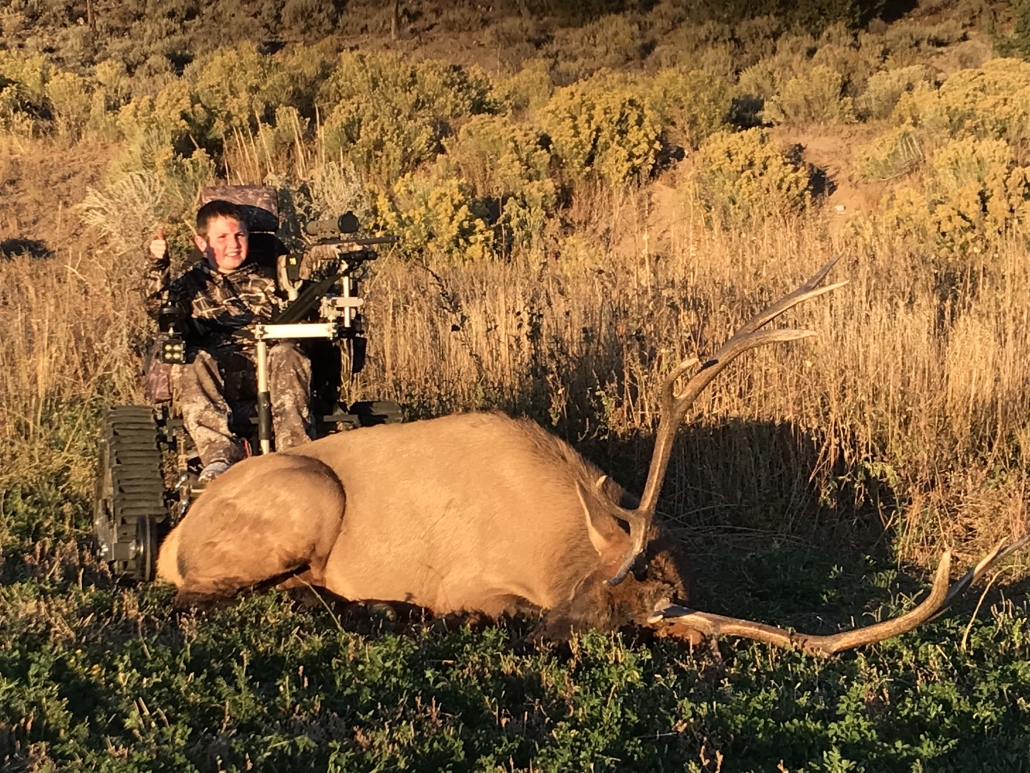